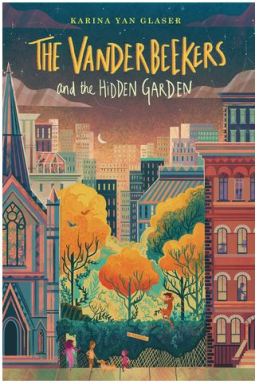 The lovable family and neighbors of The Vanderbeekers of 141st Street return in this sequel about creating a garden and a community to help elderly Mr. Jeet, who is in the hospital with his second stroke and to give a job to Mr. Beiderman, who refuses to leave his apartment since his wife and daughter died six years earlier. One of the five biracial Vanderbeeker siblings living in Harlem has gone to an orchestra camp, leaving the other four to break into the lot next to the church where they want to put the garden, arrange for everything they need, and thwart the efforts of a church member to sell the lot to a developer.

Verdict: The delightful warmth and growth of characters and their relationships skillfully combine a style of youth fiction from the mid-20th century with contemporary socio-economic issues. The children—ages 5 through 12—are realistic in their disagreements and antics, but they ultimately show respect and kindness for each other as do the adults.